Students proposed a system that will scrap the social media handles to fetch authorized information and then analyze to understand feedback and sentiments of people who are​ ​reacting​ ​to​ ​it.​ ​After analysis, system will generate​: Summary​ ​of​ ​the​ ​reactions​ ​(comments/tweets), ​Result​ ​as​ ​Positive,​ ​Neutral​ ​or​ ​Negative, and​ ​Data​ ​Insights​ ​and​ ​Graphs.

Students were presented trophy and cash prize of Rs One lakh by Col. Rajyavardhan Singh Rathore, Minister of State (Independent Charge) for Youth Affairs and Sports. A matching award of Rs One lakh was given by MATES Management committee to the winning team. 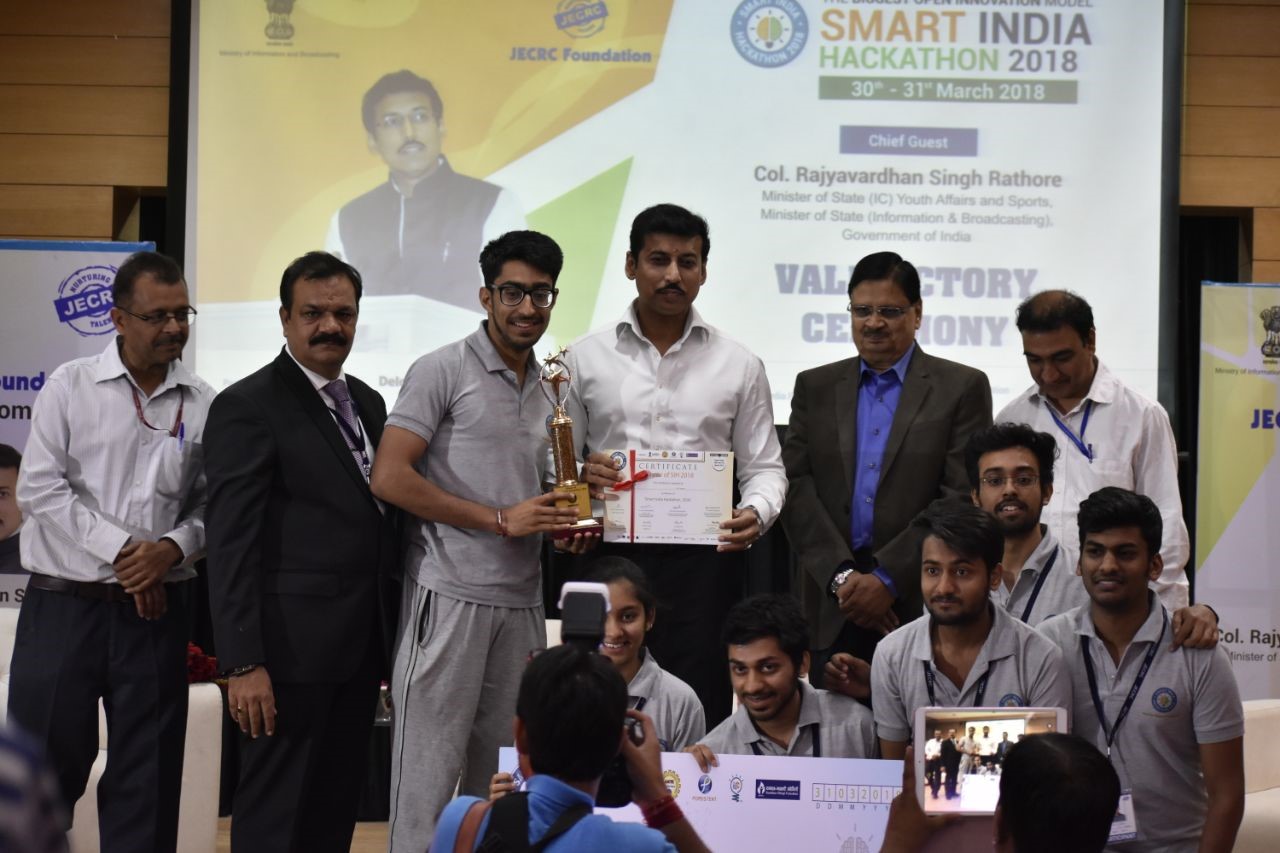 Students designed an app which would enable users to report any waste dumping, encroachment or need of RRR (Repair, Renovate, Restore) in the river. To this task they built an app that would enable user to report the problems mentioned above without revealing their identity. User just has to open the app and click some images of the scene. The rest is done by the image processing tool. It filters and sends the relevant images having highest confidence level to the ministry and marks the map with a red dot at the corresponding location.

Students were awarded trophy and a cash prize of Rs 10,000 by the Ministry.  Cash prize of Rs 20,000 has been approved by the MATES Management committee to the winning team. 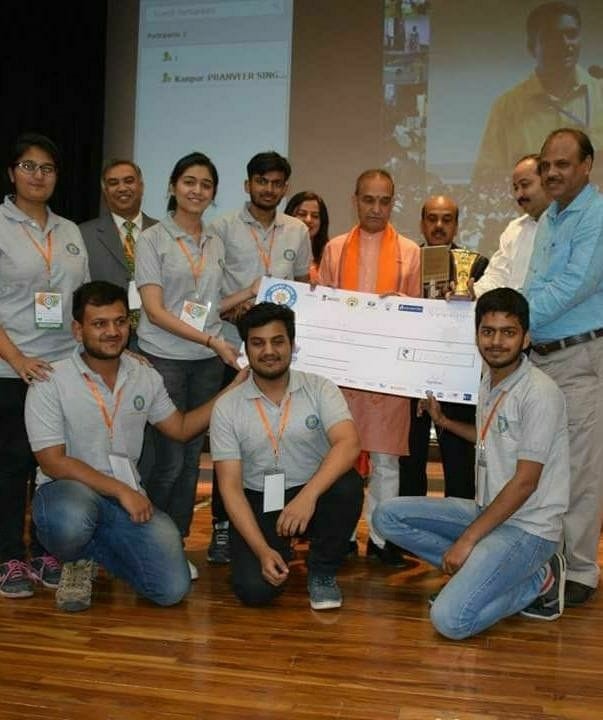