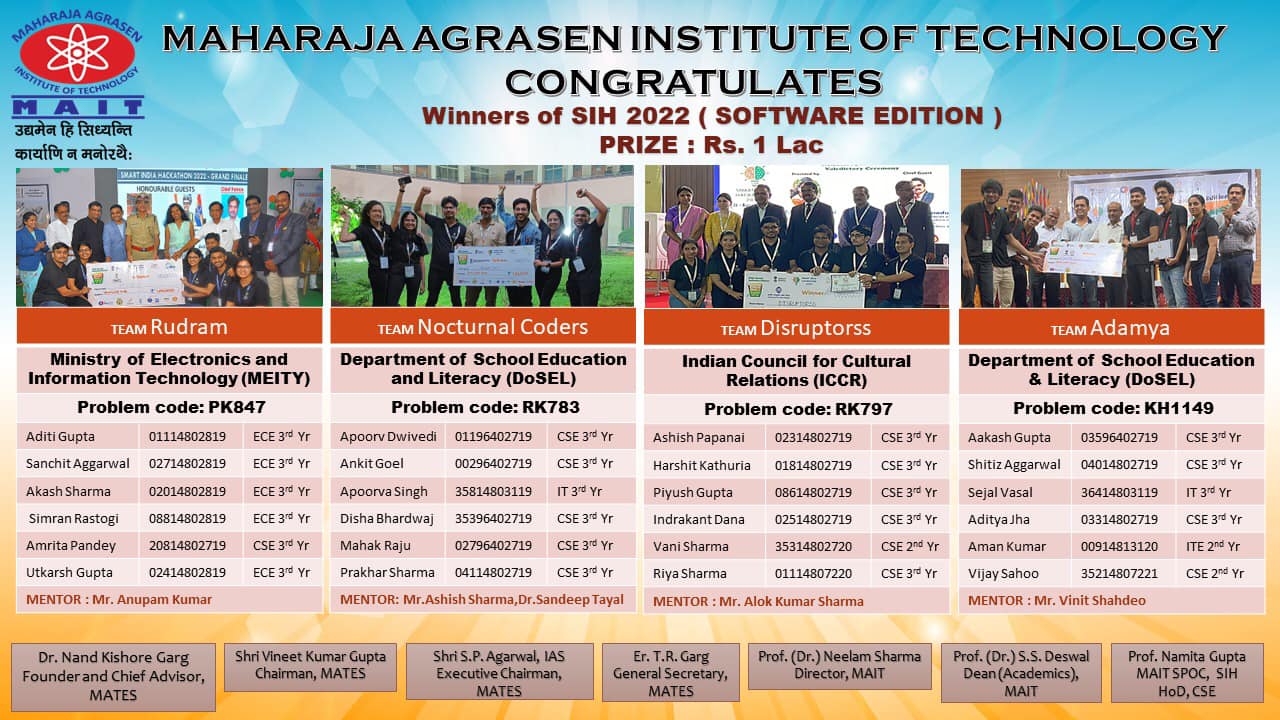 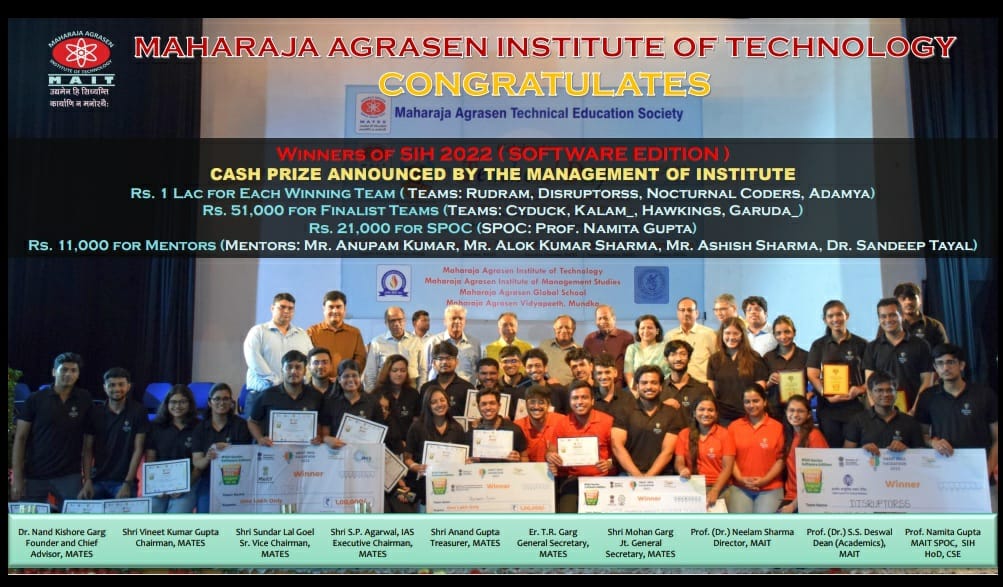 BY GOVT. OF INDIA

Inauguration of ‘Grand Finale of Toycathon-2021’

Toycathon 2021 is one of the biggest hackathon for developing toys based on Indian Ethos. Maharaja Agrasen Institute of Technology is proud of hosting the digital version as the nodal center for 12 teams across India.

The hackathon is going to be conducted in online mode from 22-24 June 2021. The participating teams will design various toys for different age groups.

During the Institute level inauguration, Director MAIT – Prof Neelam Sharma encouraged the participating teams and briefed about the Institute achievements and how hackathons help the innovative young minds to showcase and improve their skills. NC SPOC Prof Namita Gupta introduced the organising team members and explained the evaluation process to the participating teams. Local inauguration was followed by National inauguration who was Broadcasted live on YouTube by MHRD Innovation Cell. 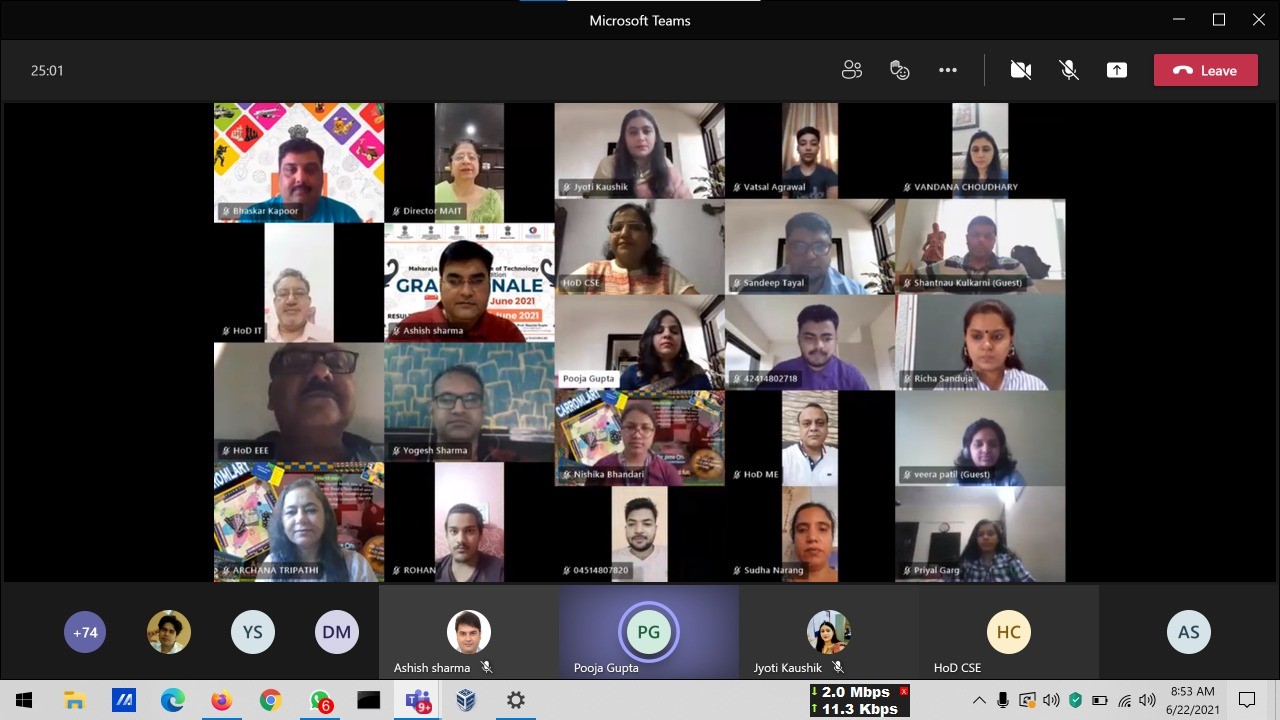 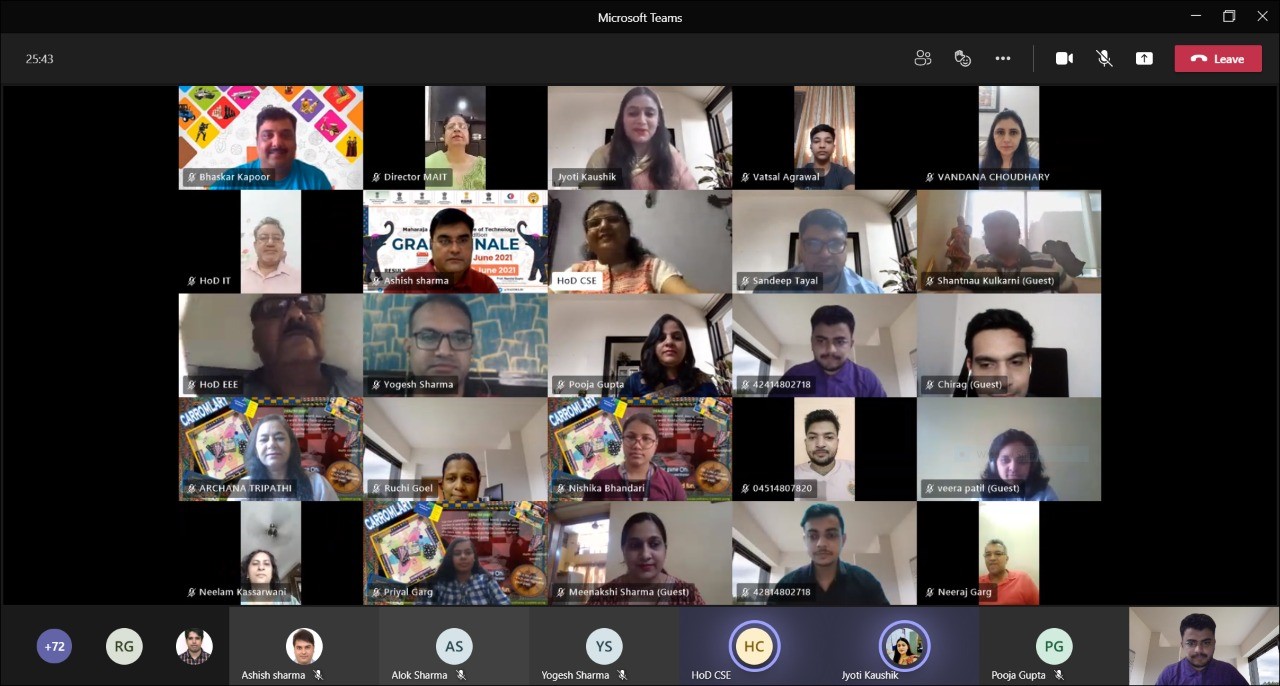 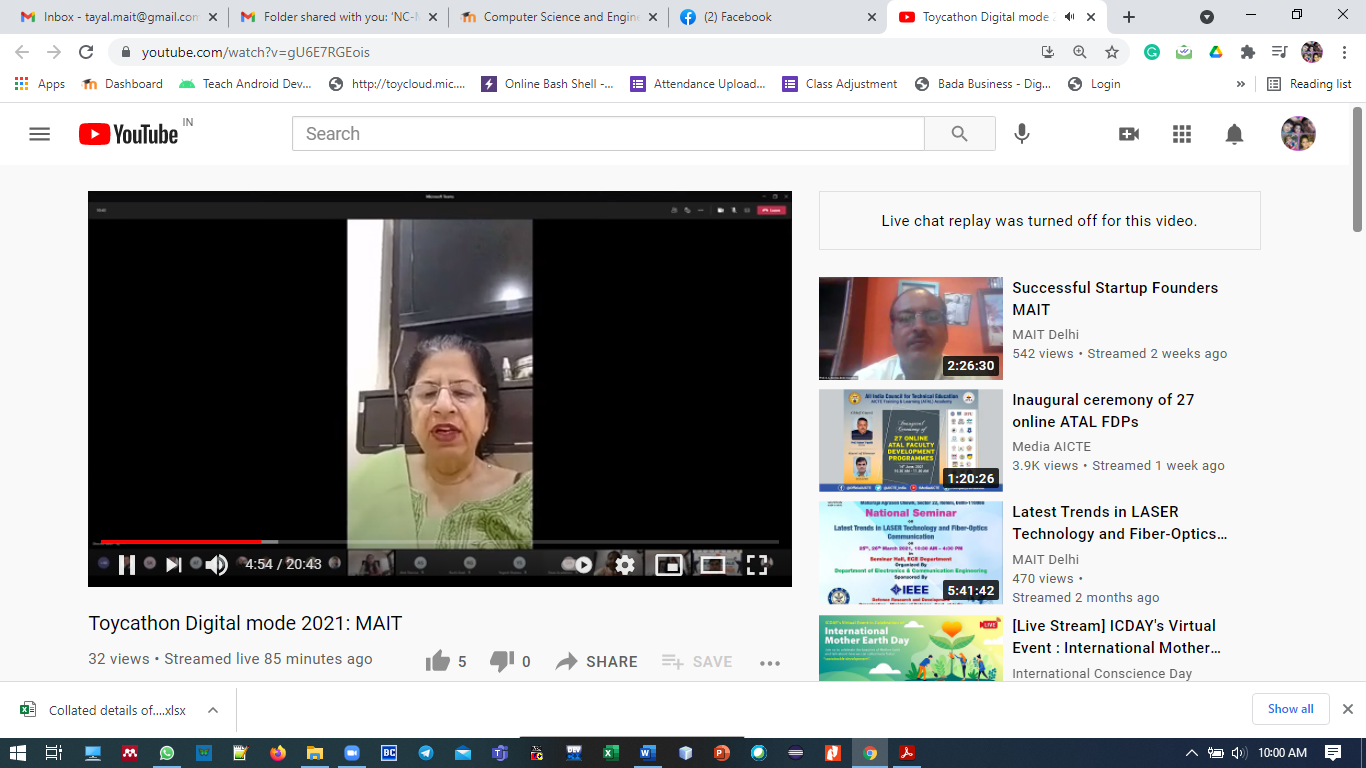 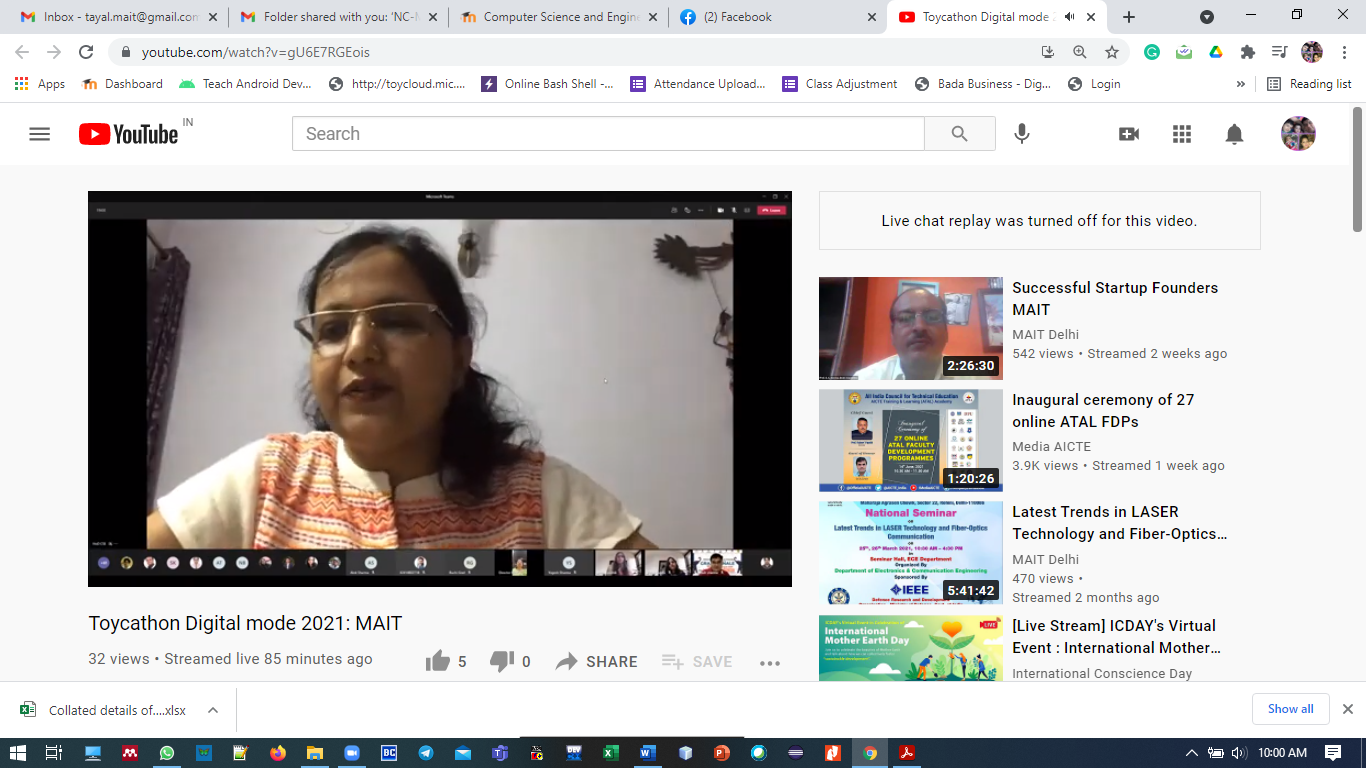 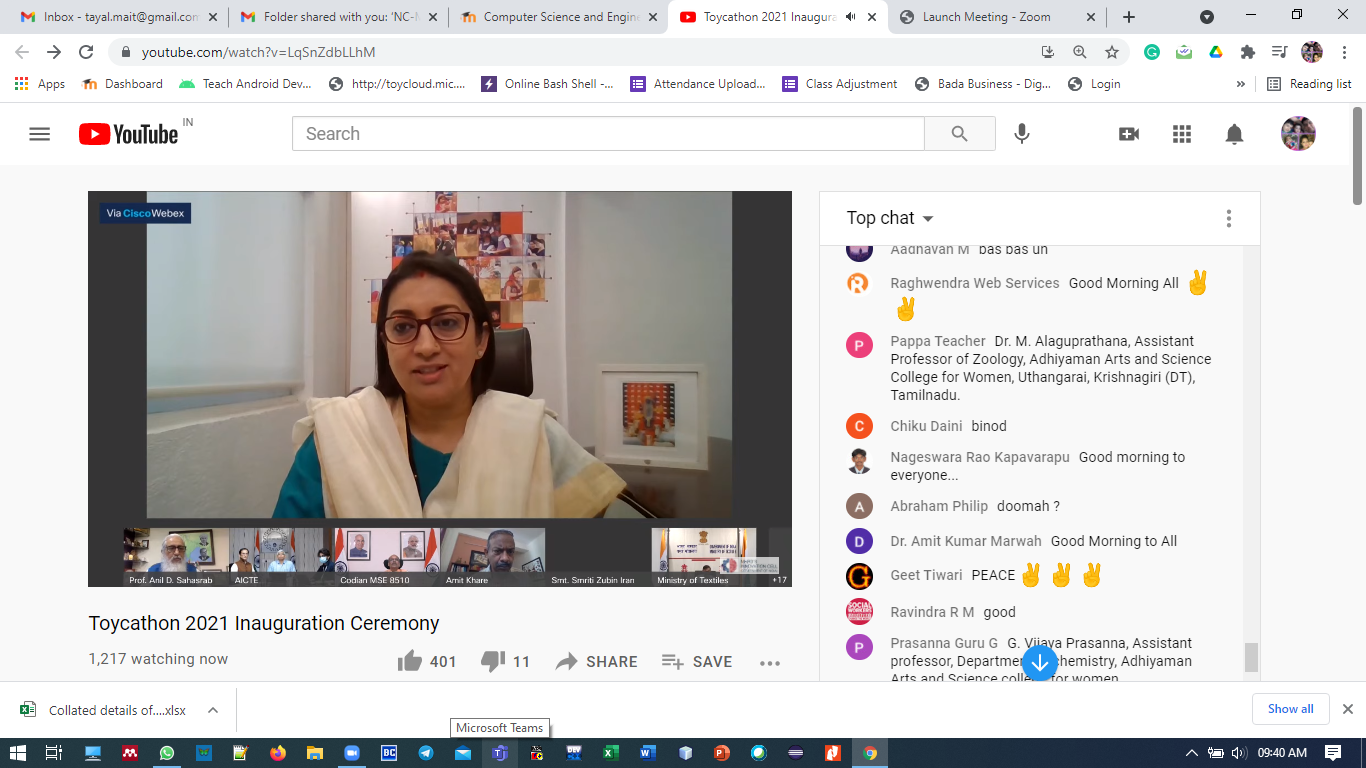 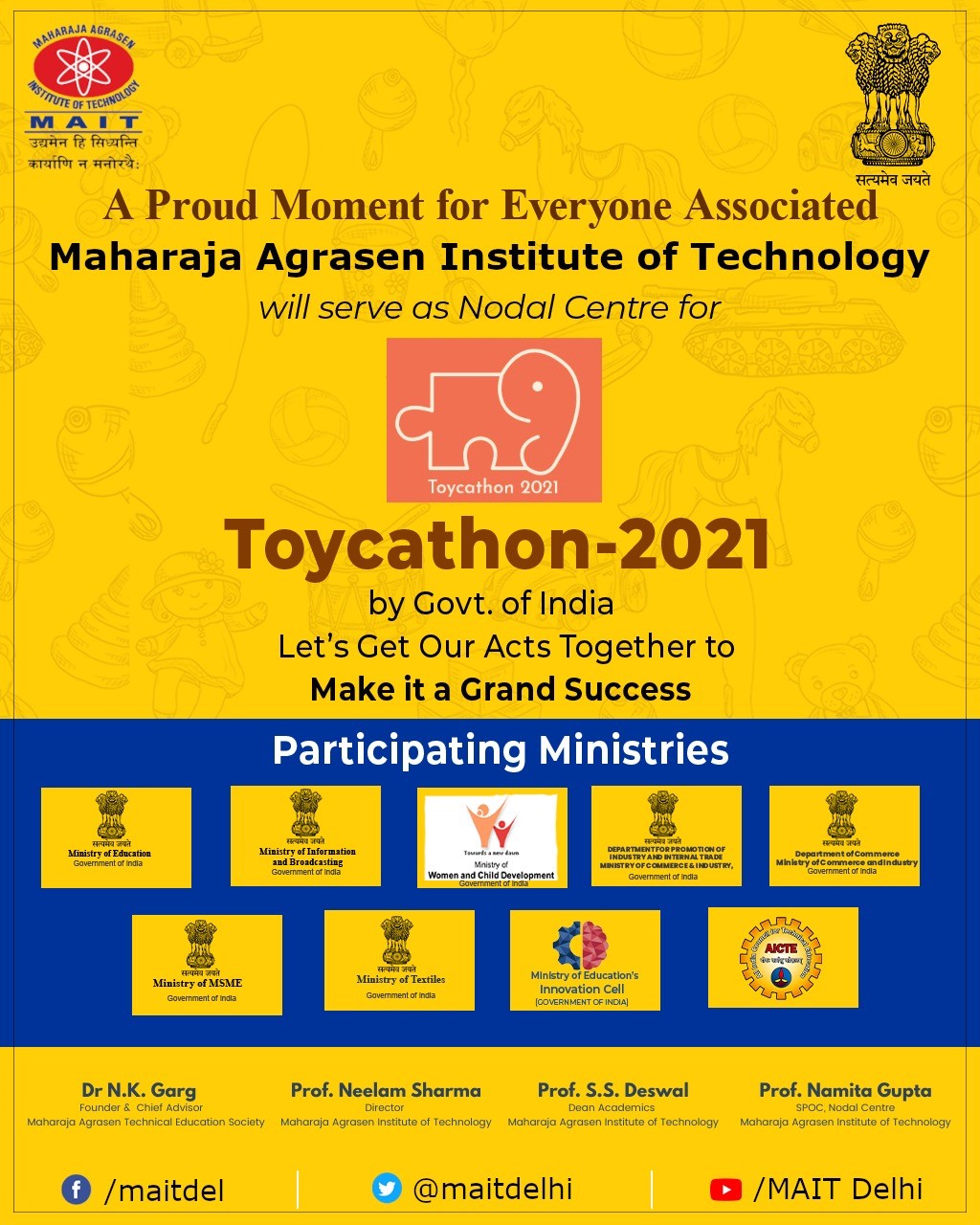 Following teams are shortlisted during the Internal Hackathon: 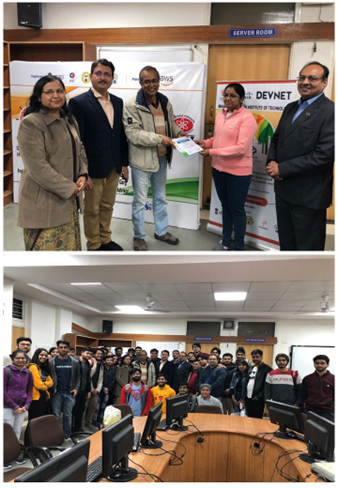 MHRD, AICTE, i4c and Persistent Systems have come together to organise Smart India Hackathon (SIH) 2019 - a unique Open Innovation Model for identifying new and disruptive technology innovations to solve the challenges faced in our country.

Total 20 teams from MAIT were shortlisted for the finale under SIH 2019 Software edition held on 2-3 March 2019. MAIT is ranked third Institute with most team selection in Software edition of SIH 19. As per the result declared by SIH 19, 8 teams of MAIT won prize of Rs One Lac under the Ministry/Organization for their Problem Statement and one team won Special award (Runner up).

Details of the winning Teams are given below:

Students proposed a system that will scrap the social media handles to fetch authorized information and then analyze to understand feedback and sentiments of people who are​ ​reacting​ ​to​ ​it.​ ​After analysis, system will generate​: Summary​ ​of​ ​the​ ​reactions​ ​(comments/tweets), ​Result​ ​as​ ​Positive,​ ​Neutral​ ​or​ ​Negative, and​ ​Data​ ​Insights​ ​and​ ​Graphs.

Students were presented trophy and cash prize of Rs One lakh by Col. Rajyavardhan Singh Rathore, Minister of State (Independent Charge) for Youth Affairs and Sports. A matching award of Rs One lakh was given by MATES Management committee to the winning team. 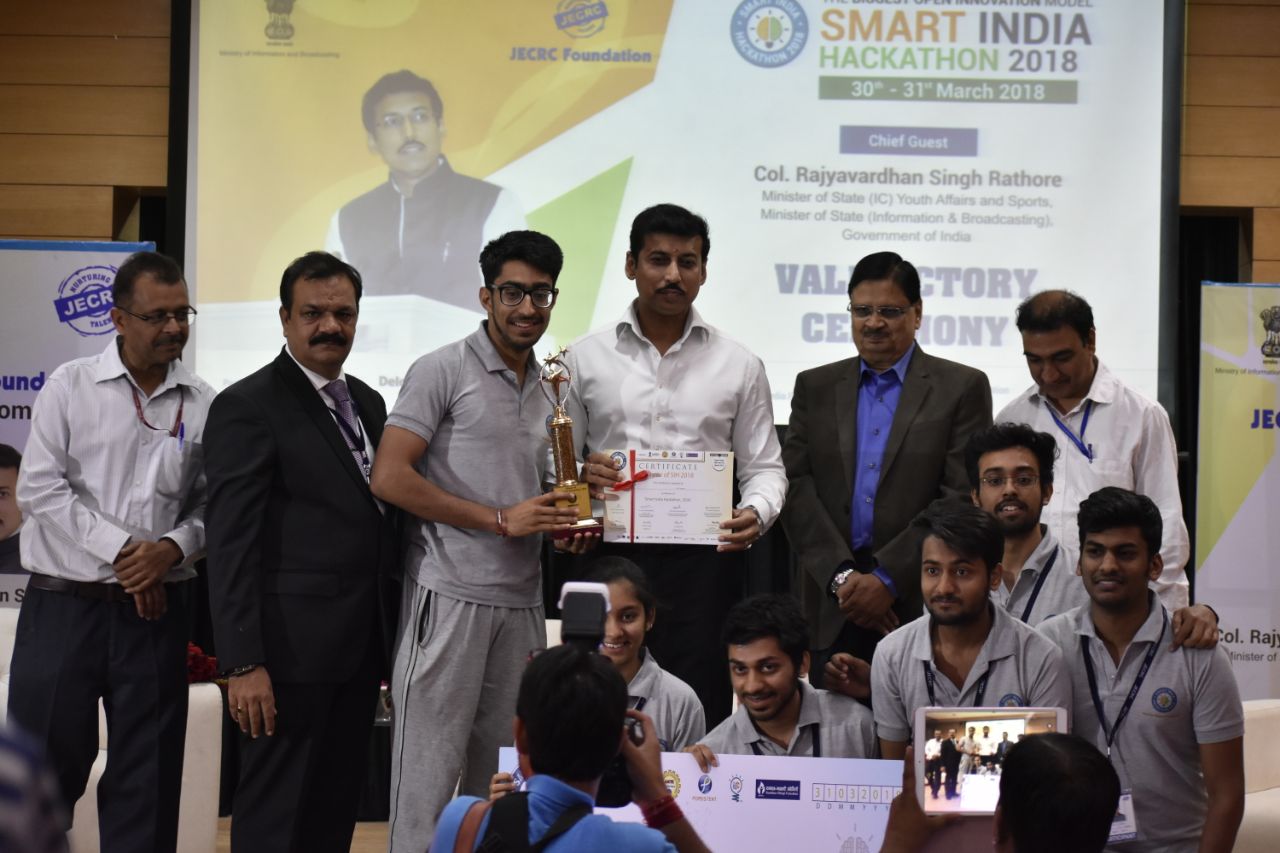 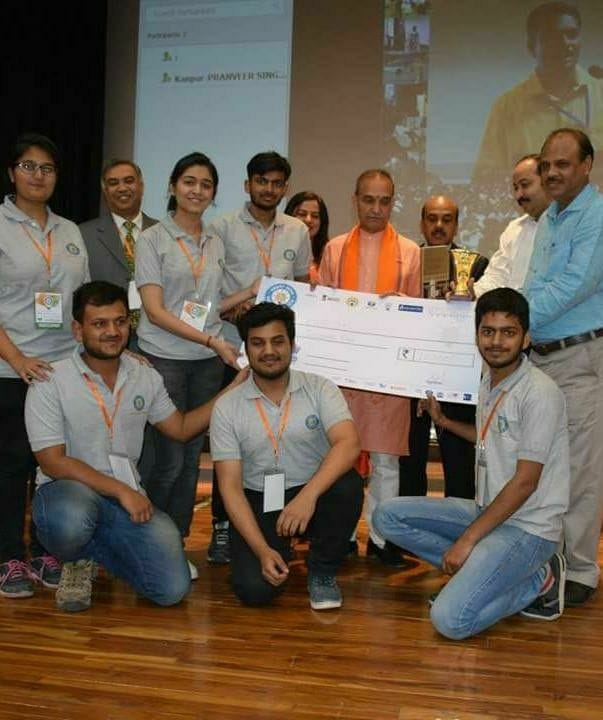 For the 598 problems posted by government departments, the ideas were received from 7531 teams (each team comprising of 6 students and 2 mentors) with approximately 42,000+ participants from more than 2100 colleges across India. Of these 7531 teams, 1266 teams (around 10,000 participants) were shortlisted for Grand Finale on April 01-02, 2017. The Grand Finale of Smart India Hackathon 2017 was organized, simultaneously across 26 different cities.

Total 12 teams from MAIT participated in Smart India Hackathon 2017 and 6 teams were shortlisted for the Grand finale – 3 teams under AICTE, one team each under ICMR, ISRO, DAE.

Extrapolate team worked on the Problem Statement - Prediction of Admission & Jobs in Engineering & Technology /Management/Pharmacy with respect to demographic locations.

CML2.0 team worked on the Problem Statement - Creating Games for prevention of Dengue and Chikunguniya. 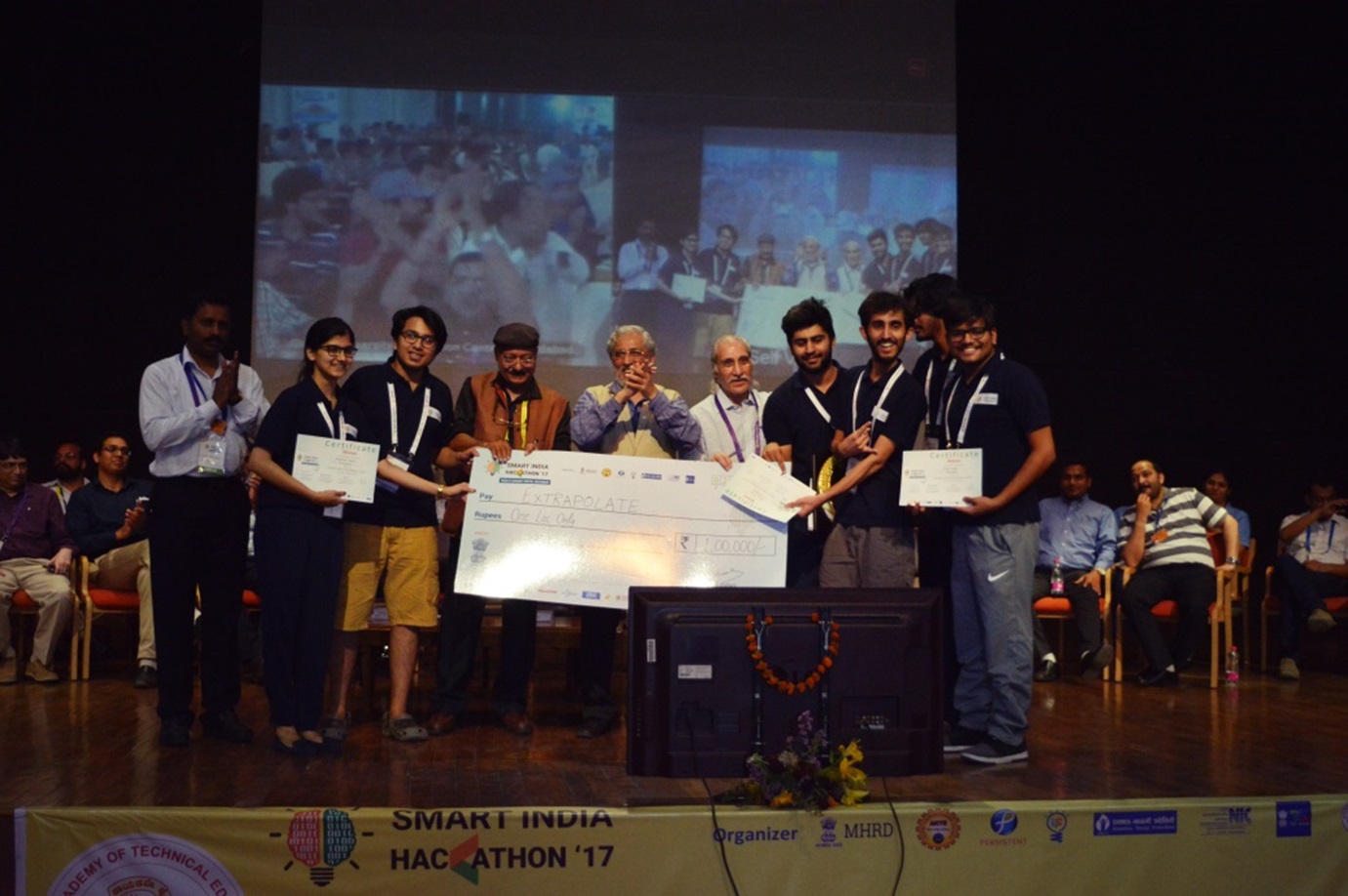 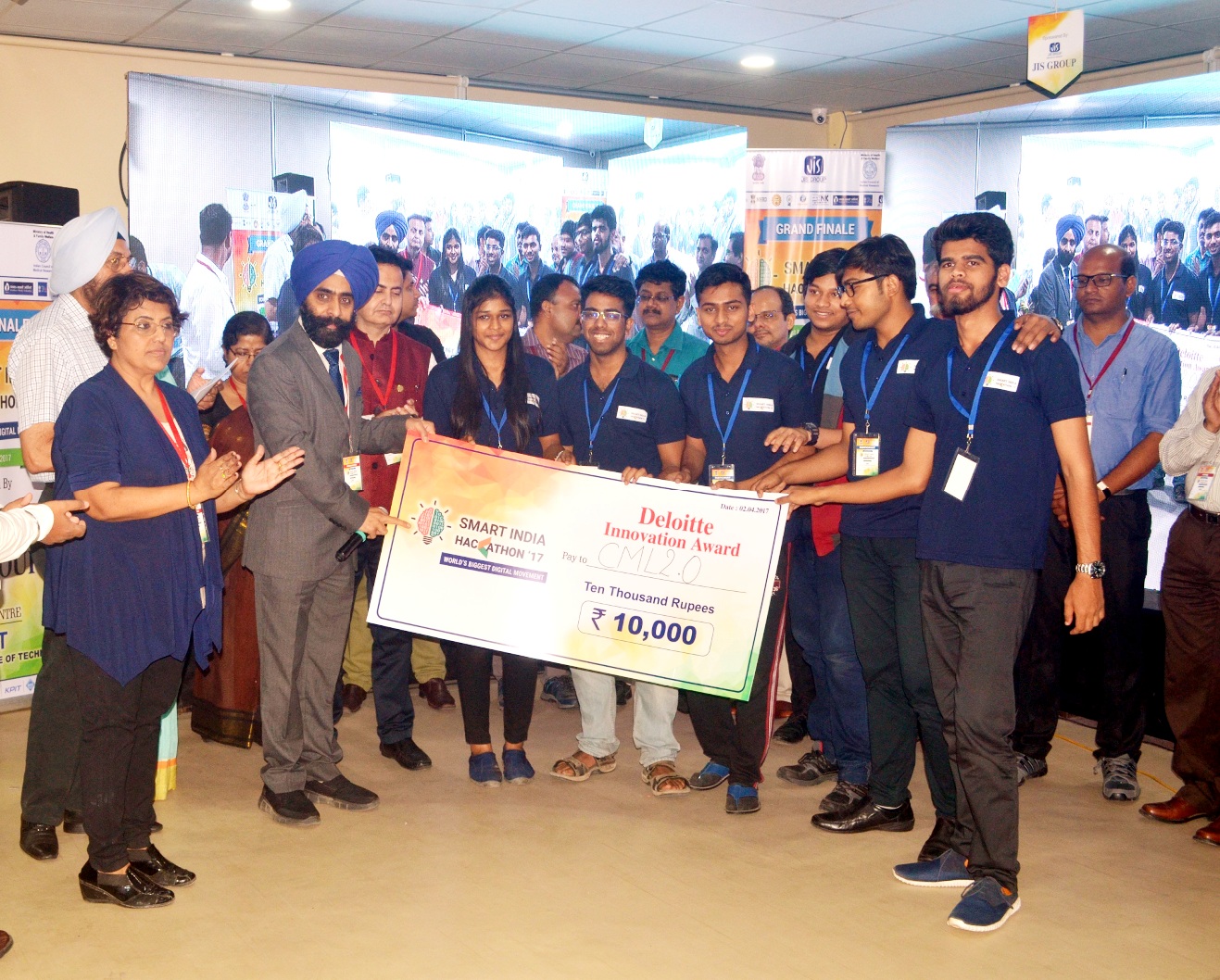 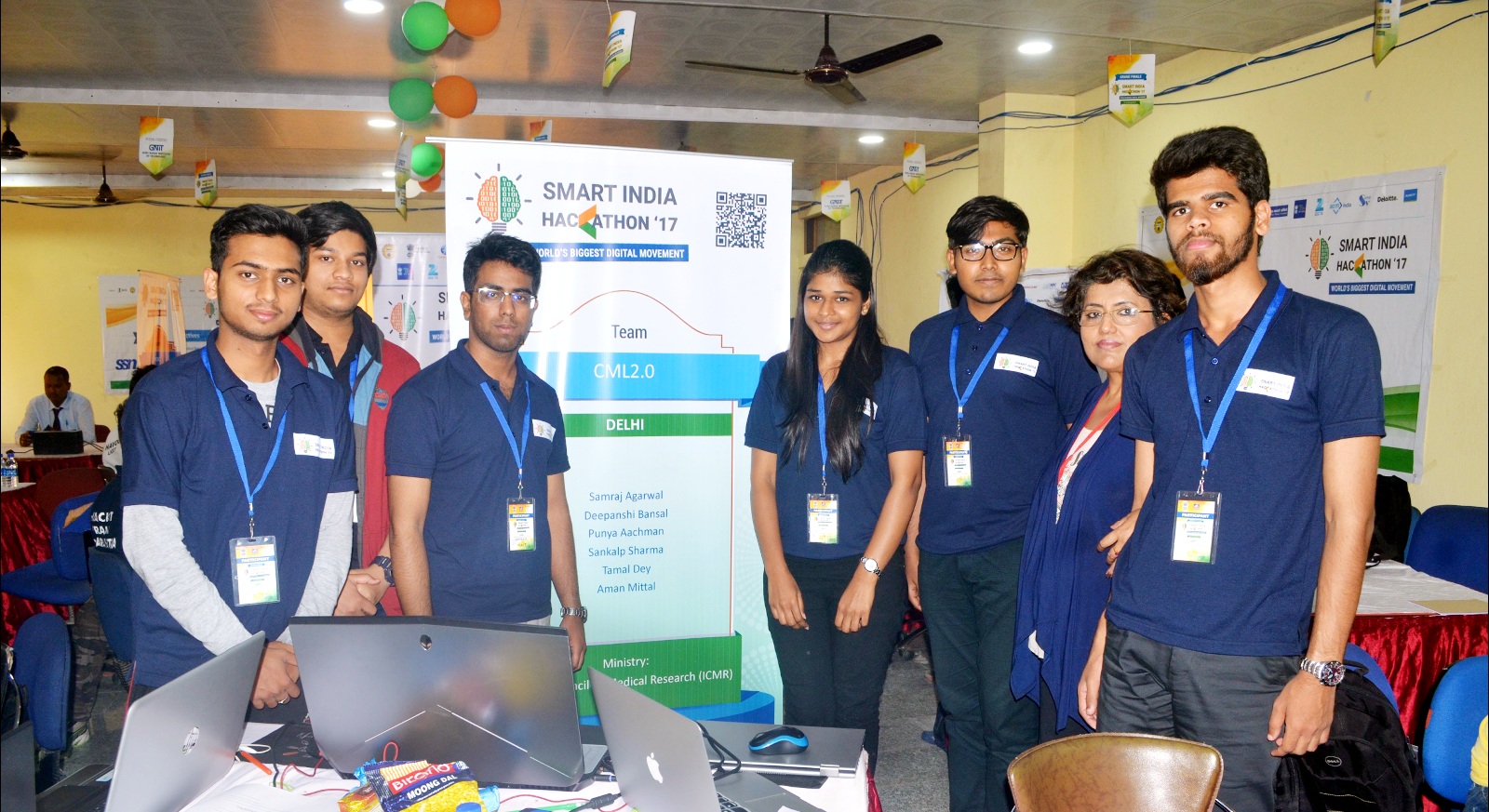